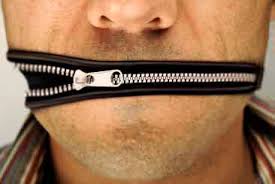 WHEN MEN ARE VICTIMS OF NARCISSISTIC ABUSE
While so much information and resources are available for women who have been victims of emotional abuse, whether from narcissistic men or any cluster b personality; men often find themselves suffering in silence.
Most men do not report or seek help for abuse for a variety of reasons:
1)Men are socialized not to express their feelings or see themselves as victims.
Young boys are told not to cry, to suck it up, to be “a man”. They are not encouraged to share their feelings. When a child grows up thinking that sharing any vulnerable emotions makes them weak – they will often feel discouraged to talk about their personal difficulties, including any abuse they may be experiencing. They may feel they will be judged and looked down upon.
2) Pervading beliefs or stereotypes about men being abusers, women being victims.
Since the majority of reported abuse is done by women, and since men are physically stronger than women – most men feel that if they were to report abuse by a female – it would not be believed.
3) The abuse of men is often treated as less serious, or a “joke.”
Have you seen the elevator footage of Solange Knowles attacking Jay-Z? When women attack men it is treated like a joke.
4) Many believe there are no resources or support available for male victims.
There are few shelters that are focused on abused men, there are fewer resources available for men than there are for women – which once again makes a man think he needs to suck it up and deal with it on his own.
If this is your case – please know that emotional abuse should not be tolerated – by anyone. There are more resources available now for men than ever before.
Male victims of emotional abuse can:
Male victims of emotional abuse should also:
Share
Tweet
Share
Share
Follow

Previous Post Is This Abuse? Next Post Men That Have Dated A Real LIfe Harley Quinn – Histrionic Female Narcissist