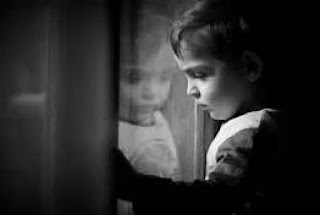 Is This Abuse?
One of the reasons that many people stay in emotionally abusive relationships for so long is their inability to recognize they are, in fact, being abused.
I say this from experience.
It’s not easy for me to look back on my 15 year marriage to a malignant, cerebral narcissist (in my opinion) and realize that it wasn’t until that final year of marriage that I allowed myself to accept the truth…this was abusive and a very toxic relationship.
I wasn’t ignorant to the fact that something was seriously wrong in the relationship.
The relationship was filled with the silent treatment, walking on eggshells, confusion as to why his rage seemed to pop out of nowhere, inability to resolve any disagreement, having the words I’m sorry be erased from all knowledge of their existence unless they were coming out of my mouth, constant bickering, criticizing, insults, being ignored in public as if I did not exist, etc.
So how could I see these things and NOT know it was abuse?
There are two reasons:
1) Gaslighting – A narcissist is a professional crazy maker and gaslighting is a weapon of choice that they expertly use to minimize their behavior, blame shift so that you think YOU are the problem, and outright DENY reality so that you begin to doubt your own perceptions. This is a very effective manipulation tool that keeps victims spinning in their own minds, wondering if they are going crazy because the behavior they feel is wrong…..their partner sees nothing wrong with, or denies it, or makes the victim feel as if they are being too sensitive and making a mountain out of a mole hill.
2) Familiarity – Many victims of narcissistic abuse were victims of abuse long before meeting the narcissist and many, myself included, did not realize they had been raised by a narcissistic parent. The silent treatment, the feeling as if it’s all your fault, the striving after love as if the responsibility rested on your shoulders alone, the feeling as if you weren’t good enough, as if love was conditional…..all of this is familiar, it was how you were raised. Because you were raised around such negative and toxic relationships, your ability to discern what is healthy from what is not is blurred.
Combine gaslighting with a person who was raised around abuse and never developed the discernment needed to recognize abusive behavior from what is not abusive, and you have the perfect soil for a narcissist to plant their destructive personality into.
Identify Abuse
My YouTube Channel is dedicated to raising awareness of narcissistic abuse as well as sharing tips, hacks and habits that help former victims to be able to become the best versions of themselves, despite their past:

I recently did a video showing 7 behaviors to watch out for; behaviors that not only make a personal difficult but actually cross the line into abuse.

When we can learn to identify what is abusive behavior, we can then protect ourselves.

1) A pattern of constant arguing that creates an ongoing sense of fear over a sustained period of time. Everyone argues, everyone disagrees…and sometimes it may get more heated than we would have liked. However if the arguing is chronic as opposed to every now and then, if the intensity is overboard each and every time, if it has become a constant pattern of behavior each time you disagree then it may be crossing into the realm of abuse.

2) Abusers seek to scare their victims with domestic violence. That doesn’t necessarily mean they will act on that violence, seeing your fear can be enough to sustain some emotional abusers. This is one that creates a grey area. Some people will say “no he’s not abusing me, he never hits me.”  However if a person behaves in a way that is designed to intimidate, frighten or coerce their partners behavior, or if you are constantly worrying about the consequences of minor things, walking on eggshells because your partner gets furious over the slightest little thing, then you have crossed the line into abusive territory.

3) My way or the highway. In a healthy relationship both partners “see” the needs of the other. Equality is present. But an abuser will not think about their partners wants or needs or even feelings. They are first, second and third. There is no consideration for their partner and if that upsets their partner, well that’s irrelevant to the abuser, they are only concerned with themselves.

5) Unhappiness is not an option. In a healthy relationship if you tell your partner that you are unhappy and they love you, they will listen to your feelings and work at changing them. A narcissist will not even contemplate the fact that you are “unhappy”. After all, if they are happy in the relationship, they are thoroughly thrilled that they are with someone tolerating their abuse, then you should be happy too. If you try to tell the abuser you are not happy, they will be unwilling to listen, will minimize your feelings or views and will try to TELL you what you are REALLY feeling by rewriting your emotional script for you!!

6) Controlling Behavior. Control is a significant factor in psychological abuse. An abuser will isolate their partner from family, friends, even hobbies that bring happiness. They will control you to the extent that your every waking moment will be revolving around the abuser. Their control will extend to financial control, spiritual control, online control.And it will be a double standard..they will be free to do whatever they want whenever they want….you are in their narcissistic prison.

7) Personal Attacks. Once again, emotional predators, especially narcissists can be very covert in their verbal abuse. They know that name calling and degrading a person outright can be identified as verbal abuse, some of them don’t care and choose to attack this way. My covert narcissistic ex knew how to hide his insults and criticism behind a “I’m trying to help you” attitude. The insults or pointing out my flaws and imperfections constantly were “for my own good”. If you can make a never ending list of what your partner DOES NOT like about you and not list a thing regarding what he/she tells you they DO like about you, you have crossed the line into abusive behavior.