Bred to Marry a Narcissist: The truth revealed

Jul 22
0
During the first few weeks, newborns maintain the position they had in the womb(fetal position): clenched fists, bent elbows, hips and knees; arms and legs close to the front of the body.
Yet….look closely at the above pictures, here I am as a newborn infant and yet in each picture I find of my first couple of weeks of life…I have one arm in the fetal position and the left arm hung downward. 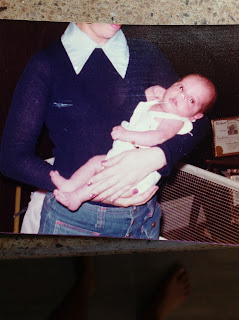 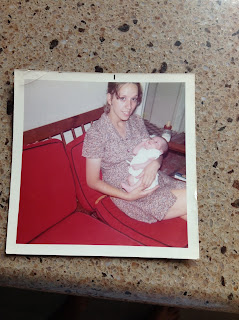 THE TRUTH REVEALED:
When I was around 20 years old I began waitressing. I worked in several different kinds of restaurants from a TGIF, to a classy restaurant in Tuxedo, NY to a simple diner. It was at the diner that I discovered something about myself. I was so jealous of the waitress’s that seemed to effortlessly stack up to 6 plates on one arm. I couldn’t even stack two!!

My boss was getting frustrated because having to go back and forth several times to provide people with their food was time consuming, caused the food to get cold for a large crowd and the inability to all begin eating at the same time. And since we were not allowed to use trays…my days as a waitress there were numbered.

Finally the woman training me grabs my arm and asks…what is wrong with your arm??? She instructs me to put both hands out before me with my palms up. My right hand did a wonderful job of the task…however my left arm was unable to be placed straight in front of me, it curved out like a backwards L. The good news is once my boss was aware of my “handicap” he allowed me to use a tray.
I had a check up that month at the doctor, and he asked me if my arm had ever been broken. I told him no and he assured me that it must have been broken when I was an infant, because the bones had healed on their own…crooked and bent…causing me to be unable to straighten my arm out in front of me.

I went home that day in shock…years of stories pouring through my mind like an invasion….stories of this cranky and heartless baby that hated being held. I grabbed a photo album of myself when I was a newborn and came across several pictures like the ones posted above.
I was not living at home at the time, so I brought copies of the pictures(I did not want them to be confiscated and then be accused of making the whole story up)
When I explained to my mother the difficulty of waitressing, my doctors visits and finished up with showing her the pictures…this was her reaction:
“I knew it. That stupid midwife grabbed you so hard when you were first born you let out such a scream. She was awful, I couldn’t stand her, she must have broken your arm.”
She went on and on about how awful that midwife was….yet I only heard what went unsaid: She did not apologize for not recognizing that there was something wrong with me. She took no responsibility in the fact that IF and I stress IF…it was the midwife that broke my arm….she was the one that did nothing to help me. In fact she went to the other extreme of leaving me to cope with the pain all alone….and then blamed me for it my whole childhood!!!
I finally interrupted her:

“Mom, did it ever occur to you that the reason I never wanted to be held as a baby was because I was in pain and not because I didn’t want love or affection?”
My mother blinks at me with a confused look on her face.
“Who told you that you never wanted love and affection as a baby?”
“You did mom, my whole childhood,” I say emotionless.
“I never said you didn’t want to be held as a baby, you misunderstood me. I said when you were a kid you just stared at me and got mad every time I hugged the boys but you never came and let me hug you. And then you were so cruel to me saying things like…..when I grow up I’m going to love ALL my kids. I wanted to smack you so hard for saying that.”

At that time in my life I did not know anything about narcissism and I made the mistake of trying to “talk sense into her”. I still thought at that time that if I explained my side of my childhood….that she would see it. I still thought that if she understood me she would feel bad and maybe, just maybe ….apologize.

Any time you try to portray your side of anything with a narcissist it only opens up and feeds their insatiable appetite for drama as they spin you around with half truths and false realities.

But I was so grateful for that job at the diner. I don’t think I was there for more than 3 months, yet it was a gift to me. For it was there that I learned that I was not born emotionless, cold and distant. It was there that I learned I came into this world with pain, and was left alone to deal with it alone. And even though it still hurts sometimes to see these pictures, because I look at that innocent baby and I can’t imagine how lonely and sad and in pain she must have been. How confused she must have felt when every time she was picked up she let out a yelp in pain and was simply put back down heartlessly. And all I know is that baby had a huge heart…..not a cold one. Look closely at this picture…here you see the face of an infant…with a broken arm…..with that loving expression every infant has when looking at their parent. It’s the expression I saw in my children…when they looked up at me as if I were the most amazing thing in the world…. 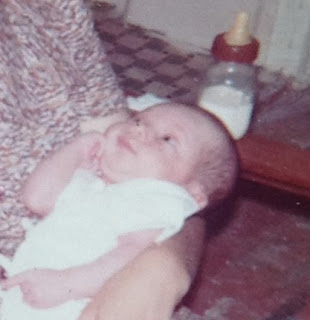 This workbook will help you discover and destroy any limiting beliefs that were installed by toxic, narcissistic parents so that you can reach your own happiness